The full name for Vanilla SkyBlock is actually
"Minecraft's first Vanilla Economy SkyBlock for Singleplayer and Multiplayer."
This, of course, is WAY too much, so I opted for the more click-bait title "Vanilla SkyBlock".
At the current time of writing, Vanilla SkyBlock has over 130,000 downloads!

But wait! Why does it have "Vanilla" in the name if there's a datapack?
The datapack is a Quality of Life feature, first and foremost.
It helps respawn traders if they die, but also helps guide the player via
the custom advancement tree.

This is Vanilla SkyBlock's starter island: 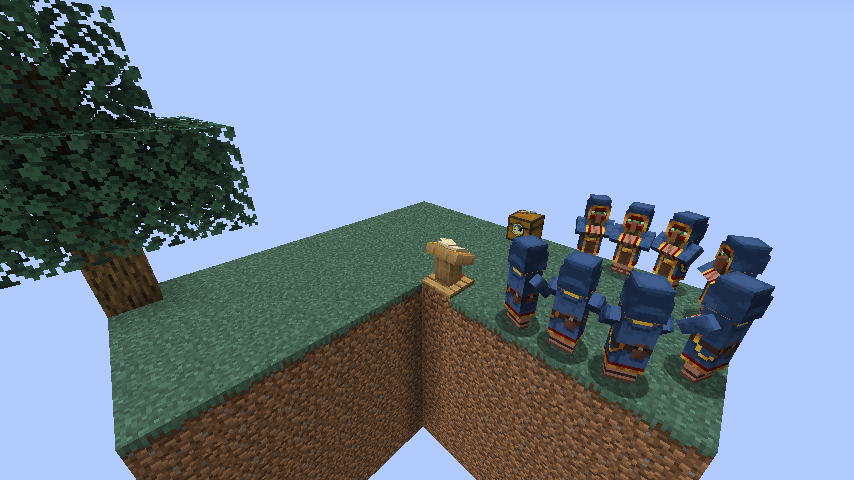 Do you want to try out Vanilla SkyBlock? Get it from CurseForge!

I orginally created Vanilla SkyBlock because I LOVED Economy SkyBlock,
but all the servers I played on used a dollar sign followed by an arbirary number, and they were all pay-to-win.

I wanted something different, and at the time I had been following the popular Youtube series called Hermitcraft.
However, there, you could easily get thousands of emeralds, making it bad to use as a currency,
and diamonds were still easy to come by.

I also created a custom advancements tree that's meant to help guide a lost or bored player on what to do next: 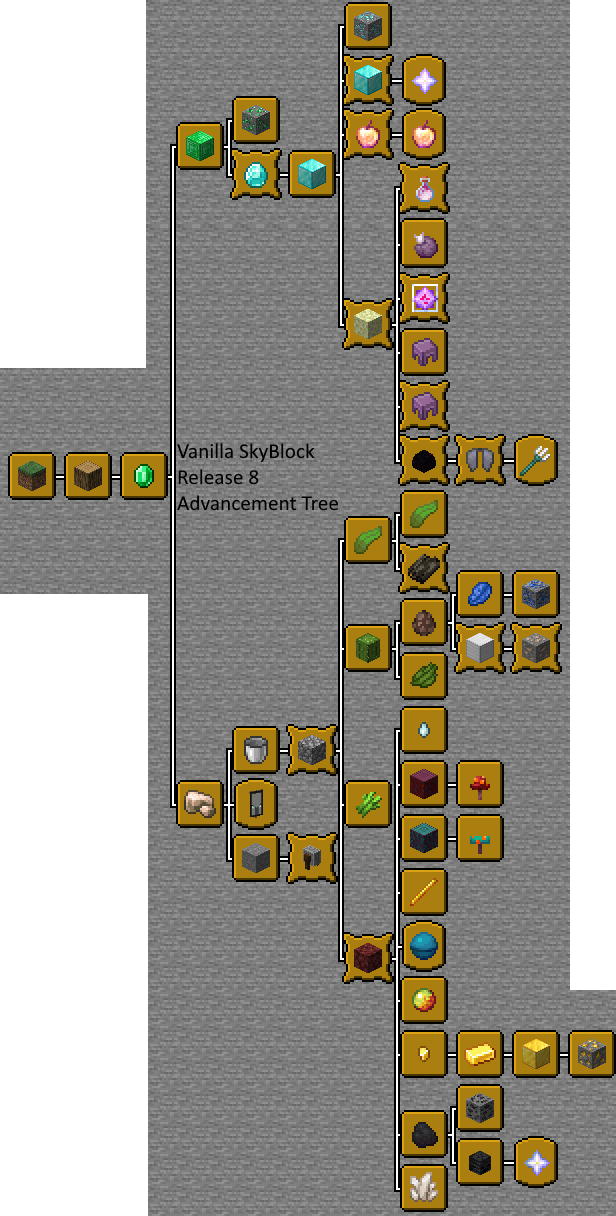 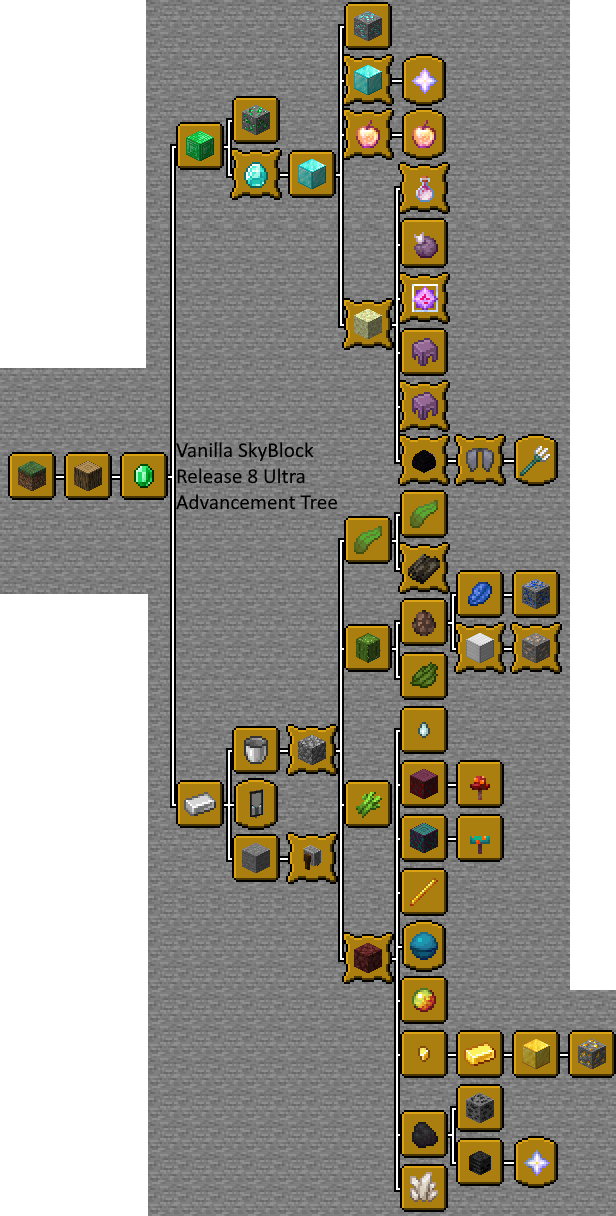 Minecraft, as a game, intends for emeralds to be used as a currency.
Due to the nature of SkyBlock, I can easily limit the income of the player(s).
This means that Vanilla SkyBlock's economy is very balanced, and provides a refeshing change
for experienced Minecraft veterians who want to challenge their knowledge of the game.
It also suits anyone who's tired of the classical SkyBlock,
which was last updated for Minecraft 1.4.7.

In addition to this, as of Vanilla SkyBlock Release 8, the Nether now has custom world generation.
The biome generation is normal as it is in the overworld (also new), but it's floating islands! 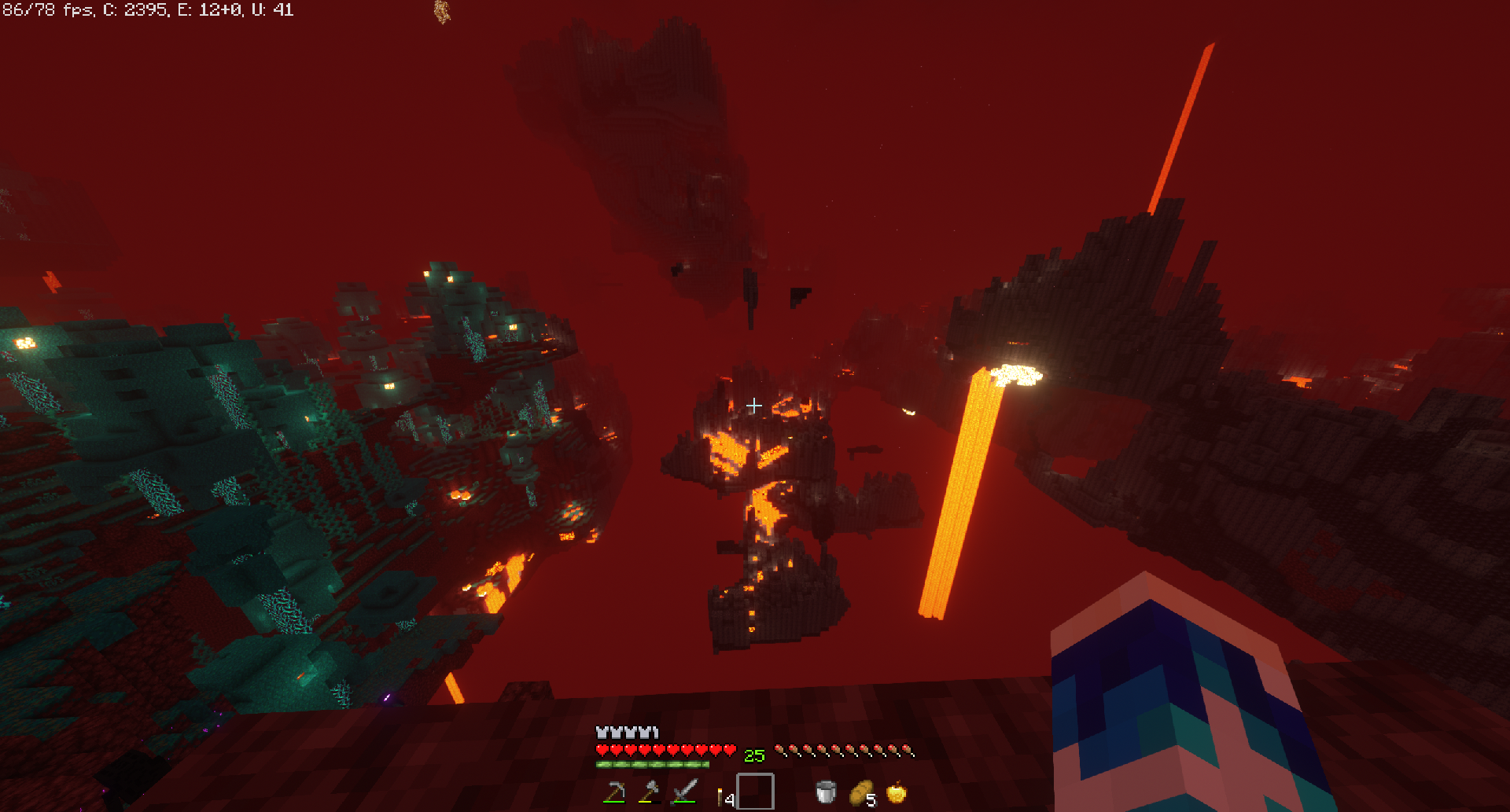 On CurseForge, authors can upload mods for a variety of games,
where other users can discover them!

Currently, on the Minecraft section of CurseForge, they support:

There's actually 2 versions of Transparent GUI: The normal version and the Ultimate version.
I created this pack for myself and all the other PVP gods out there,
and so far over 170,000 people have downloaded this pack. 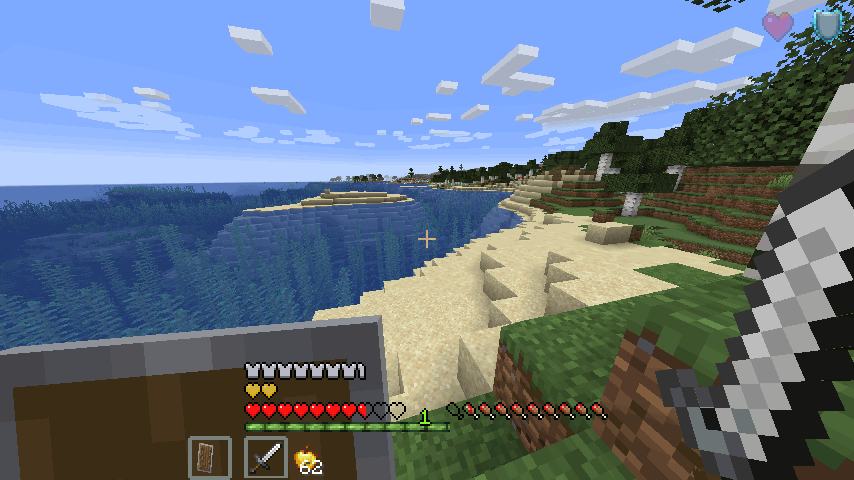 Do you want to try out Transparent GUI? Get it from CurseForge!

The normal version is, well, normal!
It supports every version of the game from 1.8.8 to the latest non-snapshot release. 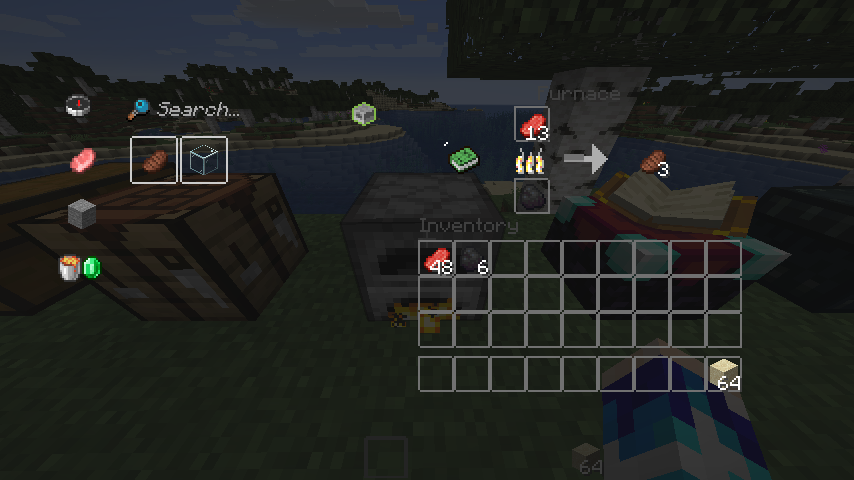